skip to main | skip to sidebar

Looks like Joe Biden will be the presumptive nominee of the Democratic Party for the Nov 2020 election. He has just won Michigan.
What this shows:
What does this mean for a general election?
The whole uncertainty in this whole process is the corona virus and its effect. Americans can be heavily partisan, they can be heavily racist in some states, but everyone values their life. If Biden can make the mismanagement of the COVID-19 outbreak as a defining issue of Trump's bumbling presidency, he will win. In all other routes, Trump HAD him cornered. Biden appears to be senile, prone to gaffes, not in the best agile state of mind, and is making highly restricted campaign appearances as he became a front runner. Expect those glaring deficiencies to be highlighted during the national election campaign. Yet, the COVID-19 outbreak remains the albatross on Trump's neck.
Posted by mezba at 9:33 PM No comments: 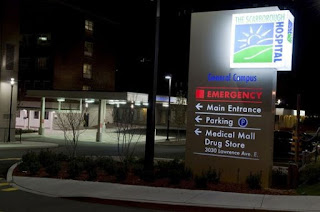 Last week we had to visit the emergency department of the hospital in the middle of the night with our sick child who was complaining of severe ear pain and was throwing up. We waited close to 5 hours before a doctor saw us. There was only ONE doctor on duty in such a large hospital in a large city in the middle of the night (by that time it was 430 am).

We woke our son up, who can cried himself to sleep, and the doctor took 2 minutes to examine him, prescribe some antibiotics.

That was it, we waited 5 hours for 2 minutes. If there was one more doctor on duty, we could potentially have waited 2 and half hours. One more doctor, and we would have been seen in less than an hour.

Why do we not have enough doctors on duty? In fact, why do hospitals not have a 24 our walk in so we don't have to go to the emergency?

A close family friend's newborn child is sick; they took him to Sick Kids Hospital. The hospital, once the child was better, actually sent them home because there was a shortage of beds. Another wasn't even admitted because the hospital was full, overcrowded and understaffed.

This is a first world healthcare system?

Does this all point to a shortage of funds?

Now you read that there is actually something the Trudeau government did that is called Canada's Feminist International Assistance Policy. This is an actual entity in the government and this year they are getting an ADDITIONAL 2 BILLION DOLLARS (that's $2b on top of their regular funding) - and what will they do with that? In words of the Minister:


Now, in this context I don't really care what happens to other countries. You want to promote and develop your women, fine. But what could that two billion dollars do to our healthcare? Could it have hired an extra doctor? Could it have provided a few beds? A few more staff?

COULD it have actually improved our healthcare for us - Canadians?

Isn't THAT what the government OF CANADA should be doing?
Posted by mezba at 1:05 AM No comments:

What is Happening in India with the CAB and NRC, and Why India is On Fire

Let's begin with the NRC, or the National Register of Citizens that applies to Assam, India. The Indian government has always alleged that there's a huge number of illegal immigrants from Bangladesh in Assam. It is true that 10 million Bangladeshis fled to India to seek refuge during the 1971 war, mostly Hindus. Some may not have returned.

When the Hindutva supporting BJP came to power, led by Modi, they initially threw their support behind the NRC. The law is that anyone who entered Assam without proper documentation after 24 March 1971 would be declared a foreigner and deported. The party had also swept to power in Assam's state government in 2016, riding on the support of the Hindus and tribespeople. But when the final list of citizens was published, the BJP suddenly changed tracks, saying the NRC was error prone and wrong.

The reason for that was a lot of Bengali Hindus - a strong voter base for the party - were left off the list, and risked becoming illegal immigrants. And these form the core vote bank of BJP. Out of the 19 million people left OUT of the list, 13 million are Hindu, 5 million Bengali Muslims. Everyone of them claims they are Indian, not Bangladeshi. The BJP is now in a dilemma.

How do you ensure those 13 million Hindus can vote, when you yourself are saying they are illegal Bangladeshi migrants?

The Modi government has now passed the bill that says EVEN if you are an immigrant claiming refugee status from Bangladesh, Pakistan or Afghanistan, your case will be expedited and processed. BUT ONLY IF you are not Muslim. Simply put: this is a backdoor way to get those 13 million Hindus in Assam back on the citizenship list, but excluding the Muslims (who will not vote BJP). This is the first time such an exclusively discriminatory bill was added to citizenship criteria in India's so far secular history.

So why are people protesting?

Let's dig a little deeper about the first point - marginalizing Muslims in India.

Let us not forget the numerous cases of vigilante mob lynching and extra judicial killings. Christians and Muslims are both targeted, but Muslims have borne the brunt of the attacks. The government has turned a blind eye to these killings, not investigating them at all.

Amidst such a climate comes the CAB. And Indian government has said they will now extend NRC all over India, not just Assam. Every Indian citizen will have to PROVE they are actual citizens, and not be using modern documents, but by ANCIENT ANCESTRY. It is hard enough getting documentation in India right now. Imagine having to go back to 1947, or even before (the British Raj) for your documentation. You cannot, and this is where the CAB comes in. You get a free pass if you are Hindu, Christian, Sikh or Jain, BUT NOT IF YOU ARE MUSLIM.

Now you are property less, vote less, and stateless. Where do you live? The government will build detention centres (just like Assam) but all over India.

Jeremy Corbyn of UK was supposed to be the good guy. He is decent, respectful, thoughtful, and genuinely cares about every one in UK. His opponent, Boris Johnson is seen as a racist clown. And yet, Boris has won a historic majority for the Conservatives and Jeremy has led Labour to its worst defeat in decades. Why?

SO now, perhaps at long last, the messiest divorce in the world that us EU-UK will come to an end, and UK will be out. How will that change world politics? All that I know of is, anyone writing off Trump in 2020 is making a big mistake.
Posted by mezba at 10:02 AM No comments:

Why Rona Ambrose should be the next leader of the Conservatives 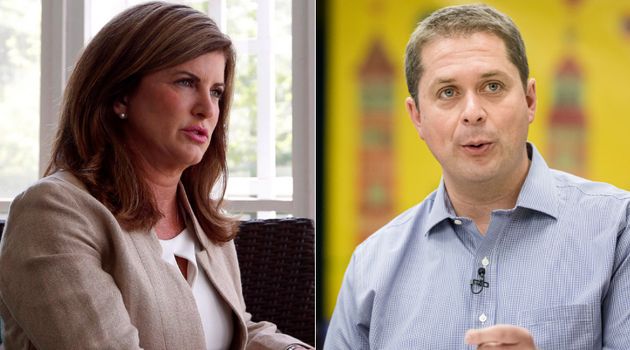 There should be no debate that Scheer has pathetically failed as a leader of the Conservatives. All this talk of winning the popular vote and increasing seats fails to hide the fact that he failed to beat Justin Trudeau, who was discovered in old pictures with blackface, MID-CAMPAIGN, and suffering from multiple ethic violations. The Conservatives, as Peter MacKay said, missed a sure fire goal on an open net.

Ambrose is everything Scheer is not, or is presumed to not be. She is a woman. She is smart. She presents empathy. She is intelligent. She did not lie about her job or her citizenship. She put Canada first by serving in a cross party advising committee on NAFTA renegotiation with the USA. She has served in government before. She is a seasoned parliamentarian. She also comes across as a decent human being, with proper charisma, unlike Scheer who makes a dead robot look more lively.

During her time in Ottawa, Ambrose has proven to be a formidable opponent in the House of Commons, vigorously taking the government to task while at the same time maintaining a subtle congeniality. She is fierce without being frothing. That probably explains why she is so well liked in Ottawa, particularly among members of her own party.

In short, if the Conservatives want to win in the next election, they should not repeat their mistake of this election. Or else they will suffer the same fate.

Things have become very interesting on the federal electron front. October is still far, but as I predicted last time, it's going to get tighter. Much tighter.

According to the latest Nanos poll, the Liberals and the Tories are in a dead heat. Statistically tied. The aggregate summary still points to a Tory lead, but one that is rapidly shrinking. I believe there's two reasons, and we can draw two main conclusions.
Reasons
As the election gets more heated and close, we can expect two conclusions.

It will be an interesting summer!

Source: CBC
Posted by mezba at 1:07 PM No comments: